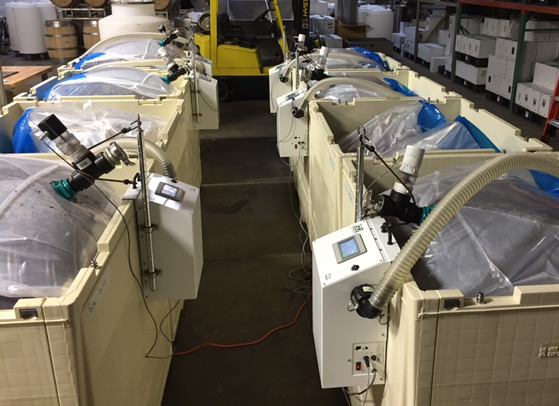 The Village Vintner, Algonquin, IL “All my reds are done with the GOfermentor,” said Steve Boyer. They produce around 35,000 bottles a year, using grapes brought in from the West Coast. Whites include Chardonnay, rosé, Gewurztraminer and Moscato; reds include Malbec, Merlot and Syrah. They initially purchased eight GOfermentors. “I needed a new press and some more fermentors, and I said, ‘Well, this is so simple, and I don’t need to buy a press.’” He bought GOfermentors instead. “It saves a good chunk of change. Presses can be up to 50 grand. GOfermentors are just $2,400 each, which isn’t bad. It’s almost like a one-man operation, it’s so simple.”